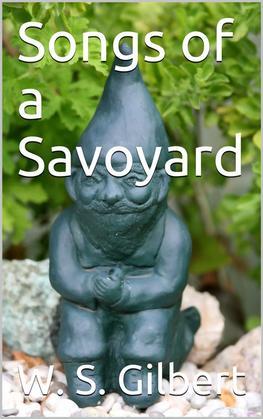 Songs of a Savoyard

In 1890 Gilbert produced Songs of a Savoyard, a volume of sixty-nine detached lyrics from the Savoy Operas, each with a new title, and some of them slightly reworded to fit the changed context. Many of them also received "Bab" illustrations in the familiar style. He also included two deleted lyrics from Iolanthe (footnoted as "omitted in representation"). The effect was that of a new volume of "Bab Ballads". Indeed, Gilbert considered calling the volume The Savoy Ballads (Ellis 1970, p. 27, n. 53).

Finally, in 1898 Gilbert produced The Bab Ballads, with which are included Songs of a Savoyard. This volume included all of the "Bab Ballads" that had appeared in any of the earlier collected volumes, the sixty-nine "Songs of a Savoyard" published in 1890, and eighteen additional lyrics in the same format from the four operas he had written since then. The Bab Ballads and the illustrated opera lyrics were alternated, creating the impression of one integrated body of work. Gilbert also added more than two hundred new drawings, providing illustrations for the ten ballads that had previously lacked them, and replacing most of the others.