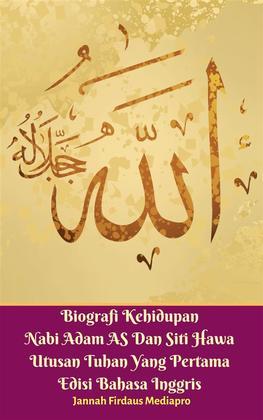 Prophet Adam (Pbuh) is believed to have been the first human being and nabi (prophet) on Earth, in Islam. Adam's role as the father of the human race is looked upon by Muslims with reverence. Muslims also refer to his wife, Hawa (Eve), as the "mother of mankind". Muslims see Prophet Adam as the first Muslim, as The Noble Quran states that all the Prophets preached the same faith of Islam (Submission to One God).

Adam may be seen as an archetype of humanity or as symbol for the emerge of humankind. According to the islamic narrative of Adam, humankind has learnt everything from Adam. He was the first to learn to plant, harvest, and bake as well as the first to be told how to repent and how to properly bury someone. God also revealed the various food restrictions and the alphabet to Adam. He was made the first prophet and he was taught 21 scrolls and was able to write them himself.

Adam was also created from earth. It is well known that earth produces crops, supports animals, and provides shelter, among many other things. Earth is very important to humankind, so being created from it makes them very distinct. According to some Hadith, the various races of people are even due to the different colors of soil used in creating Adam. The soil also contributed to the idea that there are good people and bad people and everything in between in the world. Adam is an important figure in many other religions besides Islam. The story of Prophet Adam (Pbuh) and Eve (Hawa) varies slightly across religions, but manages to maintain a general theme and structure.