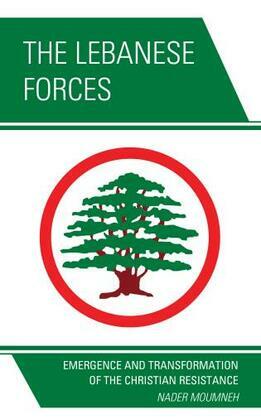 In this book, author Nader Moumneh–a Canadian senior policy adviser of Lebanese descent– examines the research of the formation and evolution of the Christian resistance in Lebanon he performed as a graduate student at the American University of Beirut in the early 1990s. He has conducted hundreds of lengthy interviews with senior Lebanese Forces leaders who were thoroughly impressed by his communicative yet assertive personality, his scrupulous presentation of facts, his obsessive attention to detail, and most importantly, his unwavering determination to unveil behind-the-scenes events.

Mr. Moumneh drew upon his self-acquired persuasion tactics and negotiation strategies to earn the Lebanese Forces’ trust and gain access to top secret, never-before published information. Since then, he has continually revised and expanded the manuscript to address the rapidly changing situation in Lebanon and the Middle East. The Lebanese Forces: Emergence and Transformation of the Christian Resistance has taken twenty-five years to produce and is unique in its own right. Mr. Moumneh’s work is not a typical re-telling of the Lebanese crisis, rather it is a magnificent blend of skillful craftsmanship, an unprecedented wealth of painstakingly referenced chronological research and now declassified intelligence information.