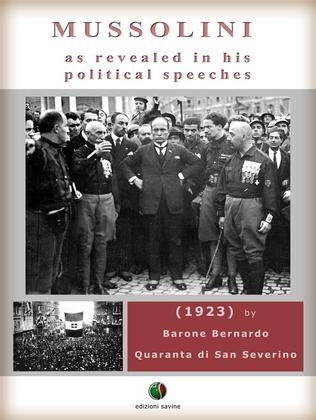 Mussolini as revealed in his political speeches

I do not think — and the Hon. Mussolini agreed with me in one of the conversations I had with him — that people abroad, especially in England and the United States, know much about Fascismo. It had been diagnosed as a sporadic revolutionary movement, which sooner or later would be put down by drastic measures. Not many have realised that in this after-war period there is no more important historical phenomenon than Fascismo. (1923 - Barone Bernardo Quaranta di San Severino)