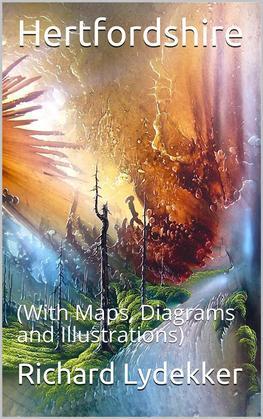 The only true and right way of learning geography (which in its widest sense comprehends almost everything connected with the earth) is to become acquainted with the geography—or, strictly speaking, the topography—and history of the district in which we live. Modern England is split up into a number of main divisions known as counties, and in some instances also as shires; the word shire, when it is used, being added at the end of the county name. Thus we have the county of Essex or the county of Hertford; but whereas in the former case the word shire is never added, it may be in the case of the latter. We then have either the county of Hertford, or Hertfordshire, as the full designation of the territorial unit in which we dwell. In official documents our area is always mentioned under the title of the “County of Hertford”; but imperfectly educated persons when filling in such documents frequently write the “County of Hertfordshire.” This is wrong and superfluous; shire being equivalent to county.