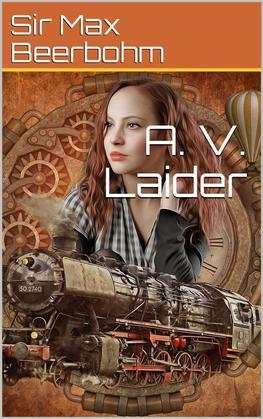 A. V. Laider Originally published in the collection, Seven Men, A. V. Laider is a short story about a palmist who foretells the death of four people riding on a train - or does he?

This short story is largely an exercise in conversational wit while embedding a deeper question about the basic human curiosity. The curiosity of the first-person "I" in this story is the one to be examined carefully since it defies the self-proclaimed disbelief. How does one "be taken" by stories told in a particular fashion? How does the disbelief giving ways to fascination and mystery? The author has demonstrated the art of story-telling pitting successfully against our cooler reasoning -- it is the atmosphere, the foreshadowing, the details, and the way an outright impossiblity woven into our psyche. This story is a purely jewel in short-story form.