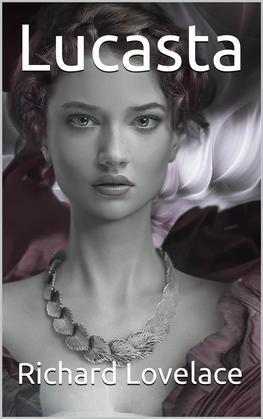 "To Lucasta, Going to the Warres" is a 1649 poem by Richard Lovelace. It was published in the collection Lucasta by Lovelace of that year. The initial poems were addressed to Lucasta, not clearly identified with any real-life woman, under the titles "Going beyond the Seas" and "Going to the Warres", on a chivalrous note.

There is scarcely an UN-DRAMATIC writer of the Seventeenth Century, whose poems exhibit so many and such gross corruptions as those of the author of LUCASTA. In the present edition, which is the first attempt to present the productions of a celebrated and elegant poet to the admirers of this class of literature in a readable shape, both the text and the pointing have been amended throughout, the original reading being always given in the footnotes; but some passages still remain, which I have not succeeded in elucidating to my satisfaction, and one or two which have defied all my attempts at emendation, though, as they stand, they are unquestionably nonsense. It is proper to mention that several rather bold corrections have been hazarded in the course of the volume; but where this has been done, the deviation from the original has invariably been pointed out in the notes.