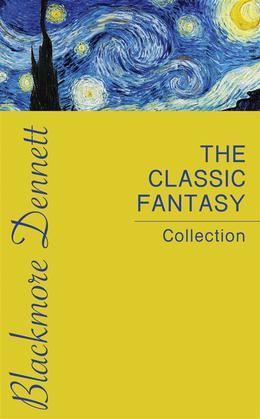 The Classic Fantasy Collection brings together 20 of the greatest fantasy novels ever written.

The Water-Babies, by Charles Kingsley

Through the Looking Glass, by Lewis Carroll

The Well at the World's End, by William Morris

The Sundering Flood, by William Morris

The Wallet of Kai Lung, by Ernest Bramah Smith

The Wonderful Wizard of Oz, by Lyman Frank Baum

The Marvelous Land of Oz, by Lyman Frank Baum

The Enchanted Castle, by Edith Nesbit

The Man Who Was Thursday: a Nightmare, by Gilbert Keith Chesterton

The Wind in the Willows, by Kenneth Grahame

The House on the Borderland, by William Hope Hodgson

The Magic City, by Edith Nesbit

A Voyage to Arcturus, by David Lindsay