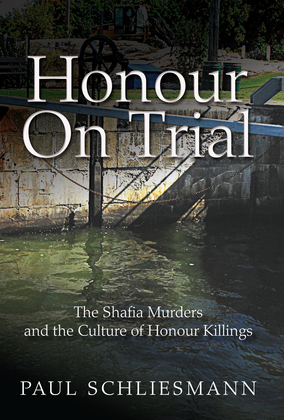 A car is discovered underwater at a Rideau Canal lockstation near Kingston, Ontario. Within it are the bodies of three sisters—Zainab, Sahar, and Geeti Shafia—along with that of their presumed aunt, Rona Amir Mohammad. The stories told by parents Tooba Mohammad Yahya and Mohammad Shafia, and their eldest son, Hamed, don't match up with the rapidly gathering evidence. An extensive investigation unfolds, revealing a troubling story of physical and emotional abuse in the Shafia home—including threats of murder. Police began to suspect a quadruple “honour killing,” extensively planned and carried out to wipe away the family’s “shame” caused by the eldest daughters. Two years later, Mohammad Shafia, Tooba Mohammad Yahya, and Hamed Shafia are pronounced guilty on all four counts of murder, in the first degree. But, in the end, how were the victims overlooked by the legal system that could have protected them? How was their plight undetected until they were found in the river? Are there others like them, and can we find them before it is too late?