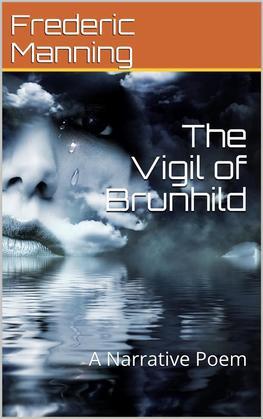 The Vigil of Brunhild / A Narrative Poem

by Frederic Manning (Author)
Buy for €2.99 Excerpt
Fiction Poetry
warning_amber
One or more licenses for this book have been acquired by your organisation details

The intervention of women in the course of the world’s history has nearly always been attended by those events upon which poets delight to meditate: events of sinister and tragic significance, the chief value of which is to show in rude collision the ideals and the realities of life; the common humanity of the central figures in direct conflict with the inhuman march of circumstance; and the processes through which these central figures, like Lady Macbeth or Cleopatra, are made to transcend all conventional morality, and, though completely evil in the ordinary sense, to redeem themselves and win our sympathy by a moment of heroic fortitude, or of supreme and consuming anguish. Such events and processes, however, belong properly to dramatic art; narrative poetry, being of a smoother and easier texture allowing more scope to the subjective play of ideas: in short, it is more spiritual than real. The Queen of Austrasia and Burgundy, whom I have made the subject of my poem, is essentially a figure of tragedy. Perhaps it might have been better to treat her as a subject of dramatic action; but in order to do so it would have been necessary to limit her personality, to define her character, to treat only a part of her various and complex psychology. I preferred to show her at the moment of complete renunciation, a prisoner in her own castle of Orbe on the banks of the lake of Neuchâtel, after she had been betrayed by her own army, and had become the prey of her own rebellious nobles; and the poem is but a series of visions that come to her in the stress of her final degradation, while she is awaiting the brutal death which the victors reserved for her. Indeed, so entirely spiritual was my intention, I have scarcely thought it worth while to enumerate the ironies of her situation. The squalor of her cell, the triumph of her foes, the prospect of her own immediate death become entirely insignificant beside the pageantry, the splendour, the romance of a past which her memories evoke and clothe with faint, reflected glories. She hears, in the charming phrase of Renan, “les cloches d’une ville d’Is.”