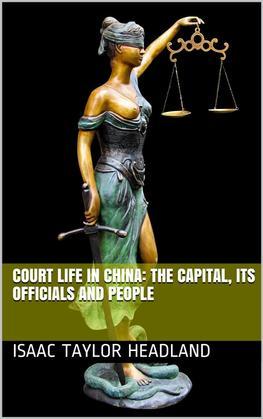 Court Life in China: The Capital, Its Officials and People

Although mostly about court life in the last decades of the Qing, it is really a fun read about the life and experiences of Headland and his wife in the Beijing of this time. The Headlands were both missionaries but his wife was also a medical doctor. As one of the very rare female doctors in China at that time, she gained unique access to the women of the imperial court and their families at a time when the idea of admitting a male foreigner to see a female patient would have been unthinkable. The description of their lives and the experiences of Dr. Headland make the read worthwhile. It is also worthwhile to give a little time to the descriptions of the court and politics of the time as well. It is interesting to read the observations of one foreigner who was both well informed as well as sympathetic to the China of that time as he lived through these events.