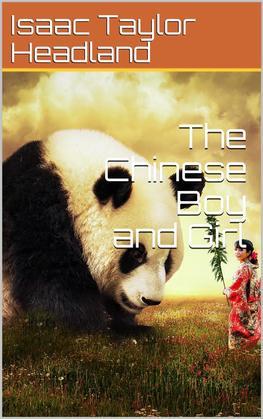 The Chinese Boy and Girl

by Isaac Taylor Headland (Author)
Buy for €2.99 Excerpt
Nonfiction Education and study aids Preschool and elementary Fiction Juvenile & young adult Themes Nursery rhymes
warning_amber
One or more licenses for this book have been acquired by your organisation details

No thorough study of Chinese child life can be made until the wall of Chinese exclusiveness is broken down and the homes of the East are thrown open to the people of the West. Glimpses of that life however, are available, sufficient in number and character to give a fairly good idea of what it must be. The playground is by no means always hidden, least of all when it is the street. The Chinese nurse brings her Chinese rhymes, stories and games into the foreigner's home for the amusement of its little ones.

Chinese kindergarten methods and appliances have no superior in their ingenuity and their ability to interest, as well as instruct. In the matter of travelling shows and jugglers also, no country is better supplied, and these are chiefly for the entertainment of the little ones.

To the careful observer of these different phases it becomes apparent that the Chinese child is well supplied with methods of exercise and amusement, also that he has much in common with the children of other lands. A large collection of toys shows many duplicates of those common in the West, and from the nursery rhymes of at least two out of the eighteen provinces it appears that the Chinese nursery is rich in Mother Goose. As a companion to the "Chinese Mother Goose," this book seeks to show that the same sunlight fills the homes of both East and West. If it also leads their far-away mates to look upon the Chinese Boy and Girl as real little folk, human like themselves, and thus think more kindly of them, its mission will have been accomplished.