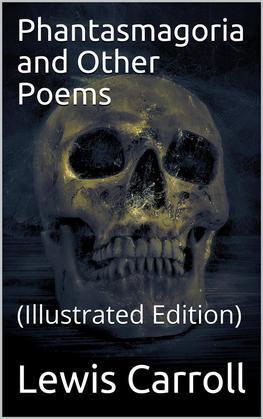 Phantasmagoria and Other Poems

"Phantasmagoria" is a narrative discussion written in seven cantos between a ghost (a Phantom) and a man named Tibbets. Carroll portrays the ghost as not so different from human beings: although ghosts may jibber and jangle their chains, they, like us, simply have a job to do and that job is to haunt. Just as in our society, in ghost society there is a hierarchy, and ghosts are answerable to the King (who must be addressed as “Your Royal Whiteness”) if they disregard the "Maxims of Behaviour”.

Ghosts, our Phantom tells the narrator, fear the same things that we often fear, only sometimes in the reverse:

“Allow me to remark

That ghosts has just as good a right,

In every way to fear the light,

As men to fear the dark.”