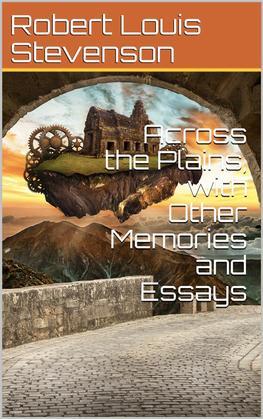 Across the Plains, with Other Memories and Essays

Across the Plains (1892) is the middle section of Robert Louis Stevenson's three-part travel memoir which began with The Amateur Emigrant and ended with The Silverado Squatters.

The book contains 12 chapters, each a story or essay unto itself. The title chapter is the longest, and is divided into 7 subsections. It describes Stevenson's arrival at New York as an immigrant, along with hundreds of other Europeans, and his train journey from New York to San Francisco in an immigrant train. Stevenson describes the train as having three sections: one for women and children, one for men, and one for Chinese. He notes that while the Europeans looked down on the Chinese for being dirty, in fact the Chinese carriages were the freshest and their passengers the cleanest.