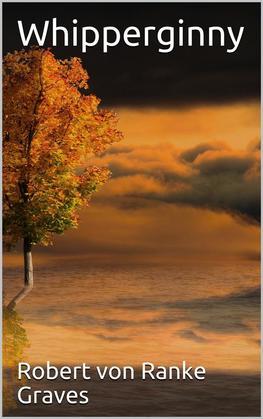 The poems in this volume cover a period of three years, beginning at the New Year of 1920, except for the rhymes “Henry and Mary,” “What did I dream?” and “Mirror, Mirror!” with parts of “An English Wood,” “The Bed Post” and of “Unicorn and the White Doe,” which are bankrupt stock of 1918, the year in which I was writing Country Sentiment. The Pier Glass, a volume which followed Country Sentiment, similarly contains a few pieces continuing the mood of this year, the desire to escape from a painful war neurosis into an Arcadia of amatory fancy, but the prevailing mood of The Pier Glass is aggressive and disciplinary, under the stress of the same neurosis, rather than escapist. Whipperginny for a while continues so, but in most of the later pieces will be found evidences of greater detachment in the poet and the appearance of a new series of problems in religion, psychology and philosophy, no less exacting than their predecessors, but, it may be said, of less emotional intensity. The “Interlude” in the middle of the book was written before the appearance of these less lyrical pieces, but must be read as an apology for the book being now even less homogeneous than before. To those who demand unceasing emotional stress in poetry at whatever cost to the poet—I was one of these myself until recently—I have no apology to offer; but only this proverb from the Chinese, that the petulant protests of all the lords and ladies of the Imperial Court will weigh little with the whale when, recovering from his painful excretory condition, he need no longer supply the Guild of Honourable Perfumers with their accustomed weight of ambergris.