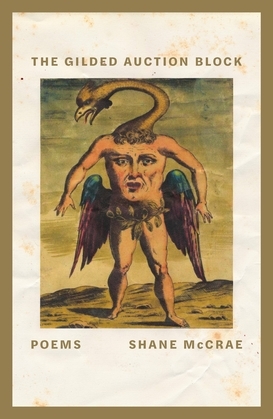 An incisive new collection of poetry on political and contemporary themes

and a whole / Family the mother's
liver and her lungs

In The Gilded Auction Block, the acclaimed poet Shane McCrae considers the present moment in America on its own terms as well as for what it says about the American project and Americans themselves. In the book's four sections, McCrae alternately responds directly to Donald Trump and contextualizes him historically and personally, exploding the illusions of freedom of both black and white Americans. A moving, incisive, and frightening exploration of both the legacy and the current state of white supremacy in this country, The Gilded Auction Block is a book about the present that reaches into the past and stretches toward the future.