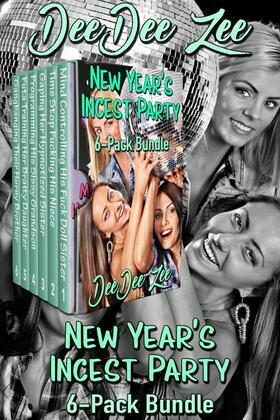 It's New Year's and these party-goers are using the festivities, along with some other other things, to get as much incestuous sex as they want.

With the power to stop time in his control, Uncle uses it to get his niece hot and bothered and ready for loving.

It’s totally normal to slave away for her sister while pleasuring her orally… right? Well, she seems to think so.

Mom is using jello shots, mind control, and a special cream that gives her a little something extra to enjoy the new year.

Being caught by her older sisters while indulging in pet play sex with her brother just means more fun for her.