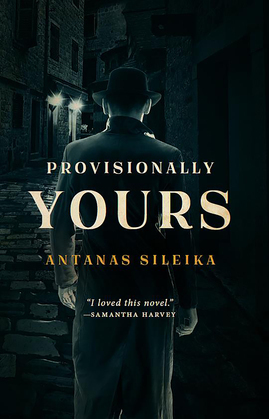 by Antanas Sileika (Author)
Buy for $11.95 Excerpt
Fiction Espionage
warning_amber
One or more licenses for this book have been acquired by your organisation details

AS HEARD ON CBC'S THE NEXT CHAPTER WITH SHELAGH ROGERS

After World War I and the collapse of Czarist Russia, former counterintelligence officer Justas Adamonis returns to Lithuania, a fragment of the shattered Empire. He's not entirely sure what he?ll find. His parents are dead, he hasn?t seen his sister since she was a teenager, and Kaunas has become the political center of the emerging state. He?s barely off the train when he?s recruited back into service, this time for the nascent government eager to secure his loyalty and experience. Though the administration may be new, its problems are familiar, and Adamonis quickly finds himself ensnared in a dangerous web of political corruption and personal betrayal. Antanas Sileika's Provisionally Yours is a vivid depiction of realpolitik?as well as an unforgettable story about treachery and the enduring human capacity for love.