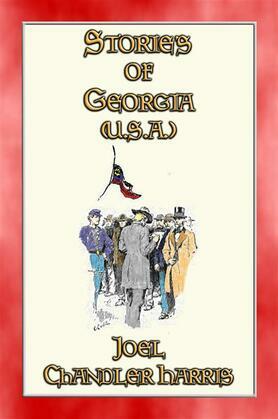 From the storyteller behind the Uncle Remus stories comes a young person's history of Georgia. Herein are 27 stories about prominent people and events in the History of the State of Georgia which stretch from the Spanish explorations of De Soto through the founding of the Georgia Colony, the War of Independence and the American Civil War to the post war peace.

These stories are accompanied by 45 pen and ink illustrations by an unknown artist. Today, more than one hundred years later, the timeless appeal of these stories makes them an interesting and valuable item of Georgiana.

Some of the stories in this volume are:

A Search For Treasure.

Oglethorpe And His Gentle Colony

The Empress Of Georgia

The Creeks And The Creek War

Georgia In The War.

In preparing the pages in this volume, Joel Chandler Harris (1848 – 1908) has had in view the desirability of familiarizing the Citizens of Georgia with the salient facts of the State's history in a way that shall make the further study of that history not only interesting, but also a delight. The characterizations herein were for the first time brought together from many sources which, at the time, were little known and, at the time, out of print.

However, the history of Georgia from 1896 (when this book was published) until the present now exists in altogether different locations. Considering Chandler-Harris compiled and penned this volume aged about 35, here’s an opportunity for a budding young author to add an addendum and bring this volume up to date….

10% of the publisher’s profit will be donated to Charities.