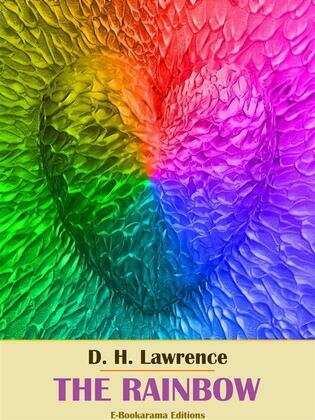 "The Rainbow" (1915) is one of DH Lawrence’s most controversial works. It was banned in Great Britain when it was first published. "The Rainbow" introduced sexual life into a family-based novel.

The story line traces three generations of the Brangwen family in the Midlands of England from 1840 to 1905. The marriage of farmer Tom Brangwen and foreigner Lydia Lensky eventually breaks down. Likewise, the marriage of Lydia’s daughter Anna to Tom’s nephew Will gradually fails. The novel is largely devoted to Will and Anna’s oldest child, the schoolteacher Ursula, who stops short of marriage when she is unsatisfied by her love affair with the conventional soldier Anton Skrebensky. The appearance of a rainbow at the end of the novel is a sign of hope for Ursula, whose story is continued in Lawrence’s "Women in Love", also published by E-Bookarama Editions.