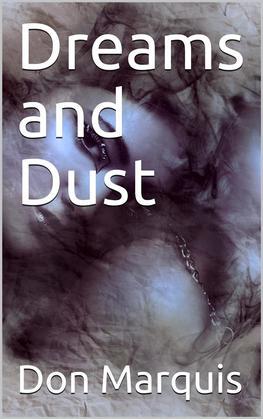 Donald Robert Perry Marquis July 29, 1878 in Walnut, Illinois - December 29, 1937 in New York City) was a humorist, journalist, and author. He was variously a novelist, poet, newspaper columnist, and playwright. He is remembered best for creating the characters "Archy" and "Mehitabel", supposed authors of humorous verse. During his lifetime he was equally famous for creating another fictitious character, "the Old Soak," who was the subject of two books, a hit Broadway play (1922-23), a silent movie (1926) and a talkie (1937).Marquis grew up in Walnut, Illinois. His brother David died in 1892 at the age of 20; his father James died in 1897. After graduating from Walnut High School in 1894, he attended Knox Academy, a now-defunct preparatory program run by Knox College, in 1896, but left after three months. From 1902 to 1907 he served on the editorial board of the Atlanta Journal where he wrote many editorials during the heated election between his publisher Hoke Smith and future Pulitzer Prize winner, Clark Howell (Smith was the victor). In 1909, Marquis married Reina Melcher, with whom he had a son, Robert (1915-1921) and a daughter, Barbara (1918-1931). Reina died on December 2, 1923. Three years later Marquis married the actress Marjorie Potts Vonnegut, whose first husband, actor Walter Vonnegut, was a cousin of American author, playwright and satirist Kurt Vonnegut Jr. She died in her sleep on October 25, 1936. Marquis died of a stroke after suffering three other strokes that partly disabled him. On August 23, 1943, the United States Navy christened a Liberty ship, the USS Don Marquis (IX-215), in his memory.