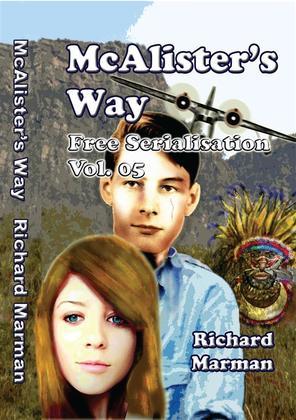 A Young Adult Action and Adventure Story for Baby Boomers

By now you’ve probably got the idea. I add a few thoughts about each chapter as we go along.

A couple of years before Cyclone Tracy (1974) I flew through the eye of a cyclone en-route from Changi (Singapore) to Darwin (Northern Territory, Australia). I was a C-130 co-pilot at the time and was all for turning back to Singapore, but the skipper pressed on and boy did we cop a pounding on the approach to Darwin with just enough fuel to divert to Tindal where the weather wasn’t much better.

One of the features of cyclones is how they build up over days, but can dissipate in hours. In 1986 I captained a Fokker Friendship around Australia on a Woman’s Weekly charter. We were in grounded in Katherine by a late season cyclone. We spent the day at Mataranka and went swimming in Bitter Springs. Water temperature 30°C, air temperature 30°C, humidity 100%, pouring rain. The next day the weather had cleared entirely.