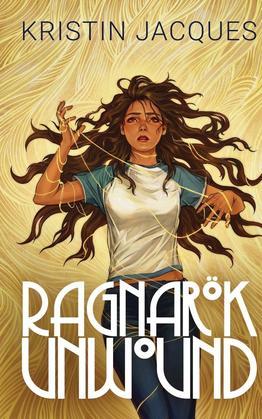 Prophecies don’t untangle themselves. Just ask Ikepela Ives, whose estranged mother left her with the power to unravel the binding threads of fate. Stuck with immortal power in a mortal body, Ives has turned her back on the duty she never wanted.

But it turns out she can’t run from her fate forever, not now that Ragnarok has been set in motion and the god at the center of that tangled mess has gone missing. With a ragtag group of companions—including a brownie, a Valkyrie, and the goddess of death herself—Ives embarks on her first official mission as Fate Cipher—to save the world from doomsday.

Nothing she can't handle. Right?