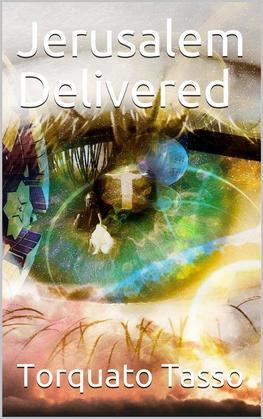 Jerusalem Delivered also known as The Liberation of Jerusalem (Italian: La Gerusalemme liberata) is an epic poem by the Italian poet Torquato Tasso, first published in 1581, that tells a largely mythified version of the First Crusade in which Christian knights, led by Godfrey of Bouillon, battle Muslims in order to take Jerusalem. The poem is composed of 1,917 stanzas in ottava rima (15,336 hendecasyllabic lines), grouped into twenty cantos of varying length.

The work belongs to the Italian Renaissance tradition of the romantic epic poem, and Tasso frequently borrows plot elements and character types directly from Ariosto's Orlando furioso. Tasso's poem also has elements inspired by the classical epics of Homer and Virgil (especially in those sections of their works that tell of sieges and warfare). One of the most characteristic literary devices in Tasso's poem is the emotional conundrum endured by characters torn between their heart and their duty; the depiction of love at odds with martial valour or honor is a central source of lyrical passion in the poem.

The poem, which in detail bears almost no resemblance to the actual history or cultural setting of the Crusades, tells of the initial disunity and setbacks of the Christians and their ultimate success in taking Jerusalem in 1099. The main historical leaders of the First Crusade feature, but much of the poem is concerned with romantic sub-plots involving entirely fictional characters, except for Tancredi, who is identified with the historical Tancred, Prince of Galilee. The three main female characters begin as Muslims, have romantic entanglements with Christian knights, and are eventually converted to Christianity. They are all women of action: two of them fight in battles, and the third is a sorceress. There are many magical elements, and the Saracens often act as though they were classical pagans.