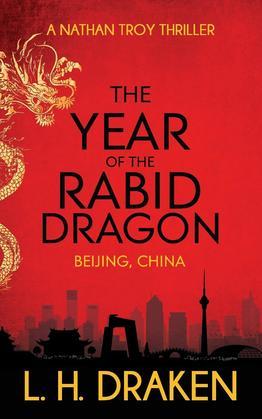 The Year of the Rabid Dragon

Nathan Troy, an American freelance journalist, stumbles onto an unusual rash of rabies cases in Beijing, China. While translating for a french W.H.O doctor, Helene Laroque, sent to help contain the spread of the virus, he learns of the puzzling anomalies of the disease and how it is being dealt with by the local doctors. When Helene starts asking the wrong questions of the wrong people and gets sent home, Nathan is the last person left to find the answers.

Left to unravel the clues on his own, he uses the help of a German retiree and a couple of local nurses. He unravels a diabolical plan with mad scientists and vengeful government functionaries at its center. What started as a fairly simple virus turns into the means of a biological weapon that could deal with China's problem minorities in the west, (Xinjiang and Tibet) and which would ultimately change the face of humanity as we know it.