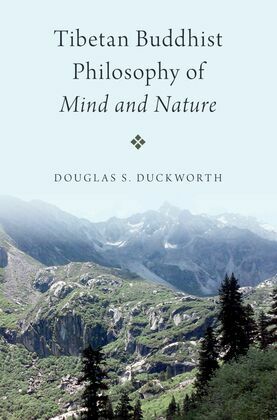 Tibetan Buddhist Philosophy of Mind and Nature offers an engaging philosophical overview of Tibetan Buddhist thought. Integrating competing and complementary perspectives on the nature of mind and reality, Douglas Duckworth reveals the way that Buddhist theory informs Buddhist practice in various Tibetan traditions. Duckworth draws upon a contrast between phenomenology and ontology to highlight distinct starting points of inquiries into mind and nature in Buddhism, and to illuminate central issues confronted in Tibetan Buddhist philosophy.
This thematic study engages some of the most difficult and critical topics in Buddhist thought, such as the nature of mind and the meaning of emptiness, across a wide range of philosophical traditions, including the "Middle Way" of Madhyamaka, Yogacara (also known as "Mind-Only"), and tantra. Duckworth provides a richly textured overview that explores the intersecting nature of mind, language, and world depicted in Tibetan Buddhist traditions. Further, this book puts Tibetan philosophy into conversation with texts and traditions from India, Europe, and America, exemplifying the possibility and potential for a transformative conversation in global philosophy.