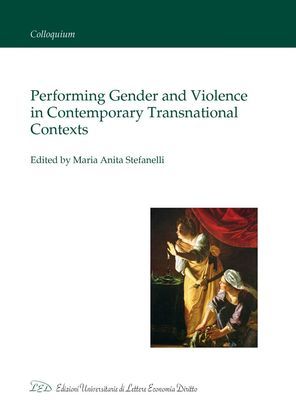 An extraordinary complexity characterizes the encounter between theatre, mythology, and human rights when gender-based violence is on the platform. Another encounter enhances the cross-disciplinary and transnational dynamics in this book: the one between the scholar and the playwright, who exchange views to pursue a theme demanding due attention at an emergence that needs being explored to be understood and combated, and finally turned into a priority action. Through the analysis of a repertoire of contemporary plays and performance practices from English-speaking countries, the contributors explore in detail the asymmetrical relations that exist between men and women, the crimes involved, and the ways in which the protagonists' minds work differently. The unconventional format adopted for the five central sections that follow two papers centered on Marina Carr's theatre in comparison with two noteworthy British playwrights', and that forerun the final stringent remarks about woman's (like man's) fundamental right to speak and need for words, offers not just single chapters, however provocative, on an aspect of the theme, but a tripartite session boasting a critical inquiry into the text, the playwright's response to criticism, and a sample of the author's creative expression. What emerges is a prismatic, complex, and visceral vision of the plays offered to the public for further elaboration and critique. Beside Carr, those involved are Raquel Almazan, Van Badham, Carolyn Gage and Erin Shields - all of them champions of today's feminist commitment to denounce, through their art, violence against women.