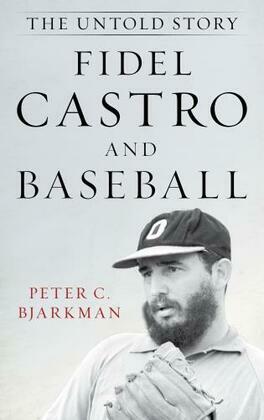 Few political figures of the modern age have been so vilified as Fidel Castro, and both the vilification and worship generated by the Cuban leader have combined to distort the true image of Castro. The baseball myths attached to Fidel have loomed every bit as large as the skewed political notions that surround him. Castro was never a major league pitching prospect, nor did he destroy the Cuban national pastime in 1962.

In Fidel Castro and Baseball: The Untold Story, Peter C. Bjarkman dispels numerous myths about the Cuban leader and his association with baseball. In this groundbreaking study, Bjarkman establishes how Fidel constructed, rather than dismantled, Cuba’s true baseball Golden Age—one that followed rather than preceded the 1959 revolution. Bjarkman also demonstrates that Fidel was not at all unique in “politicizing” baseball as often maintained, since the island sport traces its roots to the 19th-century revolution. Fidel’s avowed devotion to a non-materialist society would ultimately sow the seeds of collapse for the baseball empire he built over more than a half-century, just as the same obsession would finally dismantle the larger social revolution he had painstakingly authored.

A fascinating look at a controversial figure and his impact on a major sport, this volume reveals many intriguing insights about Castro and how his love of the game was tied to Cuba’s identity. Fidel Castro and Baseball will appeal to fans of the sport as well as to those interested in Cuba’s enduring association with baseball.