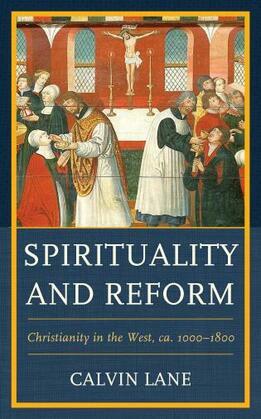 In colorful detail, Calvin Lane explores the dynamic intersection between reform movements and everyday Christian practice from ca. 1000 to ca. 1800. Lowering the artificial boundaries between “the Middle Ages,” “the Reformation,” and “the Enlightenment,” Lane brings to life a series of reform programs each of which developed new sensibilities about what it meant to live the Christian life. Along this tour, Lane discusses music, art, pilgrimage, relics, architecture, heresy, martyrdom, patterns of personal prayer, changes in marriage and family life, connections between church bodies and governing authorities, and certainly worship. The thread that he finds running from the Benedictine revival in the eleventh century to the pietistic movements of the eighteenth is a passionate desire to return to a primitive era of Christianity, a time of imagined apostolic authenticity, even purity. In accessible language, he introduces readers to Cistercians and Calvinists, Franciscans and Jesuits, Lutherans and Jansenists, Moravians and Methodists to name but a few of the many reform movements studied in this book. Although Lane highlights their diversity, he argues that each movement rooted its characteristic practice – their spirituality – in an imaginative recovery of the apostolic life.