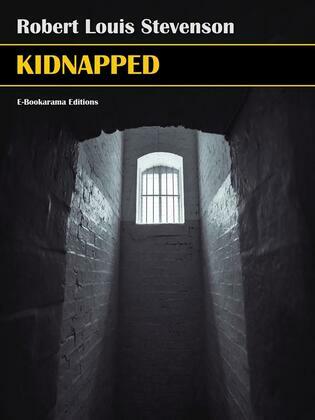 "Kidnapped" was written by Robert Louis Stevenson and published in 1886. It was an almost instant hit among young boys, and why not? This novel embodies the very things that many such audience members would find most interesting: shipwrecks, crime, suspense, danger, adventure…even murder.

This is a classic adventure novel about a teenage boy called David Balfour set in 18th century Scotland.

At the start of the book David leaves his home in the countryside, following his father's death, to take a letter of introduction from his father to his uncle. He walks for 2 days before arriving at his uncle's huge but neglected house near Edinburgh. His uncle is a miserly, unpopular old man who does not make David feel at all welcome. He acts very suspiciously and David deduces that his uncle may be keeping his inheritance from him.

When his uncle takes him down to the port to arrange a business deal, David gets bashed on the head and wakes up to find that his uncle has sold him to a ship's captain...