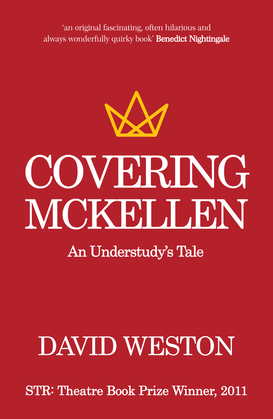 WINNER OF THE 2011 THEATRE BOOK PRIZE

The new edition of the acclaimed memoir by David Weston, chronicling the year he spent as Ian McKellen's understudy in the Royal Shakespeare Company's tour of King Lear.

Shakespeare's greatest play, directed by the most experienced and acclaimed director in the land, starring one of our very finest actors at the very peak of his powers... What could possibly go wrong?

The stage is set for what promises to be one of the greatest tours in the history of theatre. Take a front row seat as a whole host of stars led by Sir Ian McKellen and Sir Trevor Nunn set off to take the world by storm with their new production of King Lear only to endure injuries, critical backlash and almost constant controversy.

As understudy to the King himself, Weston’s frank and funny account takes us right through from the London rehearsals to the historical Stratford Season, back to the glittering West End, and then out across the globe. Punctuated with hilarious celebrity anecdotes, insightful travelling tales, and lessons for any aspiring thespian, Weston deftly lifts the curtain the on Royal Shakespeare Company's much heralded tour and reveals the chaos underneath.