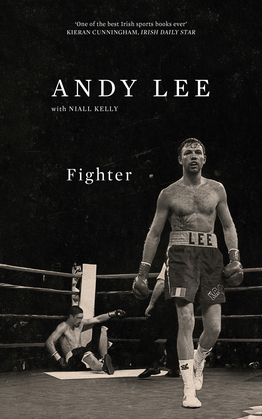 An epic and moving journey, from the backstreets of London and Limerick to the summit of the world’s most unforgiving sport.

In 2005, at the age of twenty, Andy Lee left Ireland to make it in the harsh world of professional boxing. Leaving home for the dust and faded glamour of Detroit, over the next ten years, under the guidance of the legendary Emamuel Steward, he set about honing his craft, winning fight after fight and slowly climbing the professional ranks.

Then, in 2012, his star ascendant, Lee suffered two devastating blows in quick succession: defeat in his first World Championship bout and the sudden loss of Steward, his guide and confidant. Bereft, his career in jeopardy, the path to redemption would test every hard-won lesson of the previous decade …

Fighter is a lyrical and philosophical memoir about resilience, bravery and the wisdom to be found at the limits of human experience.