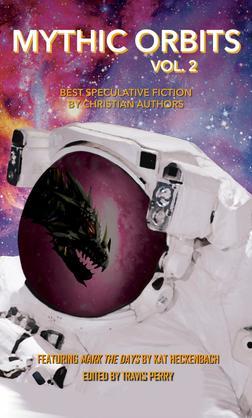 This anthology aims to collect the best available speculative fiction short stories written by Christian authors. That’s whether the stories have openly Christian themes or characters or not, without requiring the stories to have any specific theme. (The anthology also limits itself to clean fiction—that is, no profanity, graphic sexuality or extreme violence.)

Over the past year, an online acquaint-ance questioned the purpose for the Mythic Orbits anthologies, stating that an anthology requires a unifying theme in order to succeed.  To make sense and be marketable.

And anthologies can be organized around the writers as well, especially when there’s something unusual about the category. For example, Ciencia Ficción Argentina: Antología de Cuentos (Argentine Science Fiction: Anthology of Stories) was an anthology known by its authors—the nationality of the writers important because Argentinians are not widely-known to write science fiction.

So, is it widely-known all over the world that Christians write speculative fiction?

Well, clearly Christians who themselves are speculative fiction writers know what they write. But does everybody else?

Especially when we’re talking about theologically conservative Christians, Evangel-icals of some sort, professed Bible-believing Christians, do people know about their works? Is it legitimate for people to wonder if writers with personal convictions along these lines produce speculative fiction, that is, science fiction and fantasy and related genres like LitRPG, paranormal, and horror?

This book provides an answer: Not only do Christian writers produce speculative fiction stories, they write some great ones.