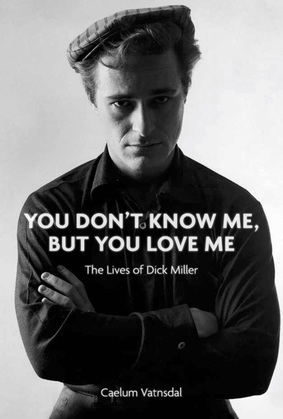 You Don't Know Me, But You Love Me

You Don't Know Me, But You Love Me is a biography of beloved American movie actor Dick Miller. Miller's fantastically storied life, the legendary people with whom he's lived and the fascinating environments of both Broadway and Hollywood over the past seventy years are all thoroughly and engagingly explored in this first and only book-length biography of the cult legend. Referred to by Roger Corman as the "best actor in Hollywood," by Jonathan Demme as "a first-rate actor who makes any scene he's in better," and a favourite character actor of Quentin Tarantino, Miller and his singular magic continue to work on Hollywood elites and movie buffs alike. The result of extensive interviews and exhaustive research, You Don't Know Me, But You Love Me is at once the tale of an unassuming guy who stumbled into acting and became cult royalty; an epic love story of a man and his wife prevailing against the odds; the parallel, occasionally fractious story of an actor and his director (longtime colleague/boss Corman); and a secret history of Hollywood.