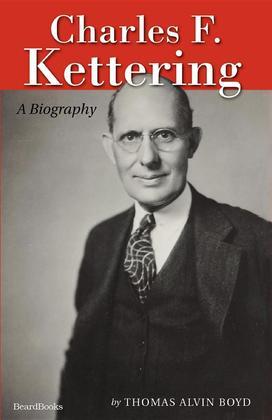 This is the engrossing story of a man whose life greatly advanced scientific research in the United States. In addition to being an inventor, engineer, and scientist, he was a farmer, schoolteacher, mechanic, social philosopher, and super salesman. Charles F. Kettering was a leading researcher for the automotive industry in the United States. Born in 1876, he saw the invention of the automobile in his early years. One of his major contributions was the battery-powered electric starter, which replaced cranking the automobile. In 1919, his Dayton Metal Products Co. was merged with General Motors and became the core of GM's research division. He is in the National Inventors Hall of Fame.