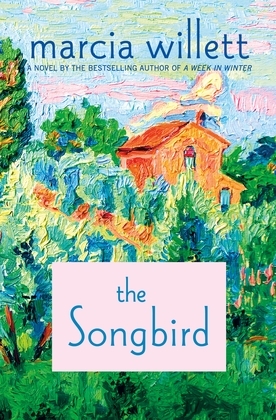 From the beloved author of A Week in Winter and The Sea Garden, The Songbird is a heartwarming novel about family, yearning, and whether love can bloom where old secrets are buried.

When Tim confides in Mattie that he needs a sabbatical from work and a fresh place to live, she suggests he move into one of the cottages at her family's home in the beautiful English countryside. She senses there's something he's not telling her, but she has faith that he'll fit right in with the eccentric but affectionate crowd at Brockscombe.

As he gets to know the warm jumble of family who share their lives, Tim discovers that everyone there has their secrets. There's Kat, a retired ballet dancer who longs to take the stage again; Charlotte, a young navy wife struggling to bring up her son while her husband is at sea; and William, who has tried hard to get over his estranged wife--though it's much harder now that she's trying to move into the cottage Tim just occupied. And, even when she's far away, Tim knows there's Mattie...beautiful, engaging, clever Mattie. Can Tim open up to her? Would it matter, he wonders, if he did?

Marcia Willett, the master of the charming country novel, once again weaves the stories of her vibrant, lovable characters into this heartwarming read.