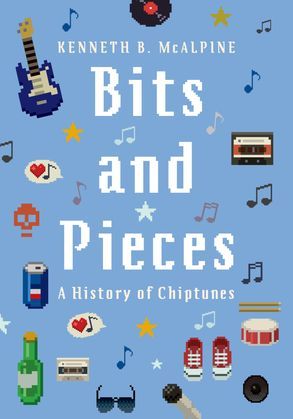 by Kenneth B. McAlpine (Author)
Excerpt
Nonfiction Computers Programming Web Science and technics Technology & engineering Imaging Television & video Arts Music Electronic
warning_amber
One or more licenses for this book have been acquired by your organisation details

Bits and Pieces tells the story of chiptune, a style of lo-fi electronic music that emerged from the first generation of video game consoles and home computers in the late 1970s and early 1980s. Through ingenuity and invention, musicians and programmers developed code that enabled the limited hardware of those early 8-bit machines to perform musical feats that they were never designed to achieve. In time, that combination of hardware and creative code came to define a unique 8-bit sound that imprinted itself on a generation of gamers.

For a new generation of musicians, this music has currency through the chipscene, a vibrant musical subculture that repurposes obsolete gaming hardware. It's performative: raw and edgy, loaded with authenticity and driven by a strong DIY ethic. It's more punk than Pac-Man, and yet, it's part of that same story of ingenuity and invention; 8-bit hardware is no longer a retired gaming console, but a quirky and characterful musical instrument. Taking these consoles to the stage, musicians fuse 8-bit sounds with other musical styles - drum'n'bass, jungle, techno and house - to create a unique contemporary sound.

Analyzing musical structures and technological methods used with chiptune, Bits and Pieces traces the simple beeps of the earliest arcade games, through the murky shadows of the digital underground, to global festivals and movie soundtracks.