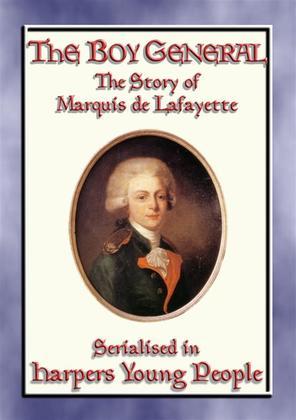 THE BOY GENERAL - The Story of Marquis de Lafayette

For any readers who have visited Union Square in New York, maybe you have seen a bronze statue standing among the trees of the park. It represents a tall young man, in the close-fitting uniform of an American General of the Revolution. He is erect and with his right hand he clasps a sword against his breast. His left hand is stretched out toward the statue of Washington.

His name was Marie Jean Paul Roch Yves Gilbert Motier, better known as Marquis de Lafayette. The story of his whole life is one of the most interesting and pleasing that has ever been written. This short volume will give only the story of his services to the United States of America, and of his life during the few years in which those services were rendered. The statue was set up in honor of these great services.

If you ever embark upon reading the history of the USA, his name will forever be linked with that of General Washington. They were both brave, faithful, just, and generous, and both honored the name of American citizen—a name which Lafayette proudly claimed so long as he lived.