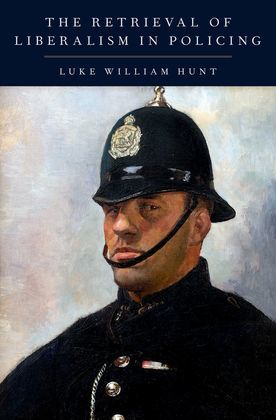 The Retrieval of Liberalism in Policing

There is a growing sense that many liberal states are in the midst of a shift in legal and political norms - a shift that is happening slowly and for a variety of security-related reasons. The internet and tech booms that are paving the way for new forms of electronic surveillance predated the 9/11 attacks by several years, while the police's vast use of secret informants and deceptive operations began well before that. On the other hand, the recent uptick in reactionary movements - movements in which the rule of law seems expendable - began many years after 9/11 and continues to this day. In The Retrieval of Liberalism in Policing, Luke William Hunt provides an account of how policing in liberal societies has become illiberal, in light of both internal and external threats to security. Hunt provides an examination of the moral limits on modern police practices that flow from the basic legal and philosophical tenets of the liberal tradition, arguing that policing in liberal states is constrained by a liberal conception of persons coupled with particular principles of the rule of law.

Part I lays out the book's theoretical foundation, beginning with an overview of the police's law enforcement role in the liberal polity and a methodology for evaluating that role. Part II addresses applications of that theory, including the police's use of informants, deceptive operations, and surveillance. Hunt concludes by emphasizing how the liberal conception of persons and the rule of law constrain policing from multiple foundational stances, making the key point that policing in liberal societies has become illiberal in light of its response to both internal and external threats to security. Overall, this book provides an account of what it might mean to retrieve policing that is consistent with the basic tenets of liberalism and the limits imposed by those tenets.