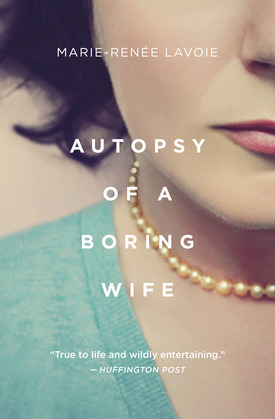 Autopsy of a Boring Wife

Like a Québécois Bridget Jones’s Diary, Marie-Renée Lavoie’s Autopsy of a Boring Wife tells the hysterically funny and ultimately touching tale of forty-eight-year-old Diane, a woman whose husband leaves her and is having an affair because, he says, she bores him. Diane takes the charge to heart and undertakes an often ribald, highly entertaining journey to restoring trust in herself and others that is at the same time an astute commentary on women and girls, gender differences, and the curious institution of marriage in the twenty-first century. All the details are up for scrutiny in this tender, brisk story of the path to recovery. Autopsy of a Boring Wife is a wonderfully fresh and engaging novel of the pitfalls and missteps of an apparently “boring” life that could be any of ours.