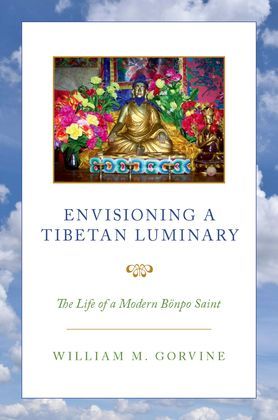 by William M. Gorvine (Author)
Buy for $34.99 Excerpt
Nonfiction Religion Buddhism History History by country Asia Central Asia
warning_amber
One or more licenses for this book have been acquired by your organisation details

Envisioning a Tibetan Luminary examines the religious biography of Shardza Tashi Gyaltsen (1859-1934), the most significant modern figure representing the Tibetan Bön religion-a vital minority tradition that is underrepresented in Tibetan studies. The work is based on fieldwork conducted in eastern Tibet and in the Bön exile community in India, where traditional Tibetan scholars collaborated closely on the project. Utilizing close readings of two versions of Shardza's life-story, along with oral history collected in Bön communities, this book presents and interprets the biographical image of this major figure, culminating with an English translation of his life story.

William M. Gorvine argues that the disciple-biographer's literary portrait not only enacts and shapes religious ideals to foster faith among its readership, but also attempts to quell tensions that had developed among his original audience. Among the Bön community today, Shardza Tashi Gyaltsen has come to be unequivocally revered for an impressive textual legacy and a saintly death. During his lifetime, however, he faced prominent critics within his own lineage who went so far as to issue polemical attacks against him. As Gorvine shows, the biographical texts that inform us about Shardza's life are best understood when read on multiple registers, with attention given to the ways in which the religious ideals on display reflect the broader literary, cultural, and historical contexts within which they were envisioned and articulated.