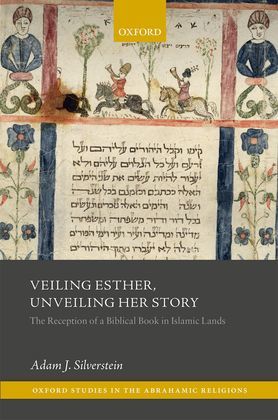 Veiling Esther, Unveiling Her Story: The Reception of a Biblical Book in Islamic Lands examines the ways in which the Biblical Book of Esther was read, understood, and used in Muslim lands, from ancient to modern times. It focuses on case studies covering works from various periods and regions of the Muslim world, including the Qur'an, pre-modern historical chronicles and literary works, the writings of a nineteenth-century Shia feminist, a
twentieth-century Iranian encyclopaedia, and others. These case studies demonstrate that Muslim sources contain valuable materials on Esther, which shed light both on the Esther story itself and on the Muslim peoples and cultures that received it.

Adam J. Silverstein argues that Muslim sources preserve important pre-Islamic materials on Esther that have not survived elsewhere, some of which offer answers to ancient questions about Esther, such as the meaning of Haman's epithet in the Greek versions of the story, the reason why Mordecai refused to prostrate before Haman, and the literary context of the 'plot of the eunuchs' to kill the Persian king. Throughout the book, Silverstein shows how each author's cultural and
religious background influenced his or her understanding and retelling of the Esther story. In particular, he highlights that Persian Muslims (and Jews) were often forced to reconcile or choose between the conflicting historical narratives provided by their religious and cultural heritages respectively.