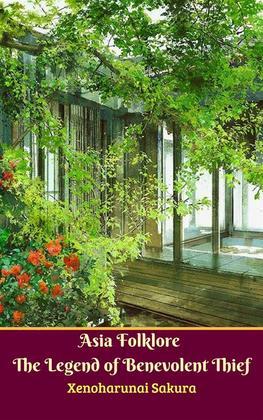 One day in the early dawn, a distinguished mandarin was leaving the temple of the City God. It was his duty to visit this temple on the first and fifteenth of the moon, whilst the city was still asleep, to offer incense and adoration to the stern-looking figure enshrined within. This mandarin was Shih-Kung, and a juster or more upright official did not exist in all the fair provinces of the Empire. Wherever his name was mentioned it was received with the profoundest reverence and respect; for the Chinese people have never lost their ideal of Tien-Li, or Divine Righteousness. This ideal is still deeply embedded in the hearts of high and low, rich and poor; and the homage of all classes, even of the most depraved is gladly offered to any man who conspicuously displays this heavenly virtue.

As Shih-Kung was being carried along in his sedan chair, with his numerous retinue following closely behind him, he happened to notice a young woman walking in the road in front of him, and began to wonder what it was that had brought her out at such an unusually early hour. She was dressed in the very deepest mourning, and so after a little more thought he concluded that she was a widow who was on her way to the grave of her late husband to make the usual offerings to his spirit.

All at once a sudden, furious whirlwind screamed about the woman and seemed determined to spend its force upon her; but beyond her nothing was touched by it. Not a leaf on the trees near by was moved, and not a particle of dust on the road, except just where she stood, was in the least agitated by the fierce tempest that for the moment raged around her.

As Shih-Kung gazed at this strange occurrence, the woman's outer skirt was blown up in the air, and he saw that underneath was another garment of a rich crimson hue. He then knew at once that there was something radically wrong, for no woman of ordinary virtuous character would ever dare to wear such a glaring colour, while she pretended to be in deep mourning. There was something suspicious, too, in the sudden tornado that blew with such terrific violence round the woman only. It was not an accident that brought it there. It was clearly the angry protest of some spirit who had been foully misused, and who was determined that the wrong-doer should not escape the penalty for the evil she had committed.