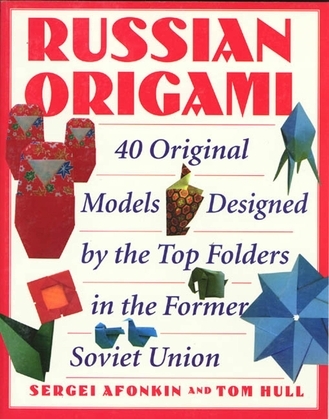 The last secret of the Cold War can finally be revealed: behind the Iron Curtain, people were folding! Communities of folders who were isolated from the origami establishment have always developed exciting new origami models. Russian Origami is full of such exciting projects.

From a matrioshka doll to a space rocket, these models will delight and inspire both beginning and advanced folders. Each project has step-by-step diagrams, clear instructions, and a photo of the completed model. Included are such traditional favorites as a flapping dove and an inflatable rabbit, as well as some original delights, such as a Tyrolean Hat and a Russian star.