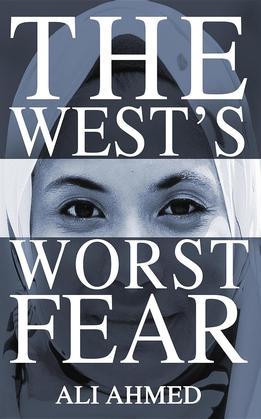 Author, poet and painter, Syed Ali Ahmed makes his debut among the US publications with "THE WEST'S  WORST FEAR", a socio-religious and political comment relating to the 'presence of Muslims' which currently agitates the mind of many Americans.The treatise addresses currently held popular misconceptions   and beliefs about Muslims in general, and Islam, Muhammad and Quran in particular.'The West's Worst Fear' puts to rest much misplaced fears, introduces new, insightful perspectives by unveiling 'truths' that lie hidden under a debris of 'falsehood' spread overtime and propagated anti-Muslim sentiments.In an environment of doubt and distrust, the book removes inter-faith misunderstandings of non-Muslim audience in United States, and elsewhere, and promotes healthier, critical appreciation of Islam.The author also boldly discusses - for the benefit of Muslim readers - the historical faultlines of Muslim clergy that call for both change and urgent attention.SYED ALI AHMED is a BA in Literature and Philosophy with a Diploma in Commercial Arts. Now retired, he had a long career in producing advertising for high-profile brands as well as servicing multinational clients.Ali's previous publications include biographies and two compilations of his poetry.