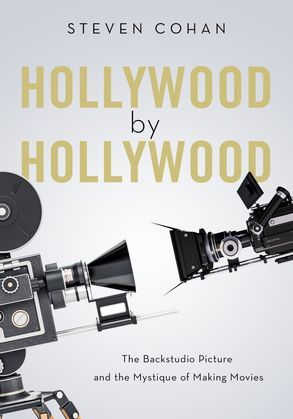 The backstudio picture, or the movie about movie-making, is a staple of Hollywood film production harking back to the silent era and extending to the present day. What gives backstudios their coherence as a distinctive genre, Steven Cohan argues in Hollywood by Hollywood, is their fascination with the mystique of Hollywood as a geographic place, a self-contained industry, and a fantasy of fame, leisure, sexual freedom, and modernity. Yet by the same token, if backstudio pictures have rarely achieved blockbuster box-office success, what accounts for the film industry's interest in continuing to produce them? The backstudio picture has been an enduring genre because, aside from offering a director or writer a chance to settle old scores, in branding filmmaking with the Hollywood mystique, the genre solicits consumers' strong investment in the movies. Whether inspiring the "movie crazy" fan girls of the early teens and twenties or the wannabe filmmakers of this century heading to the West Coast after their college graduations, backstudios have given emotional weight and cultural heft to filmmaking as the quintessential American success story. But more than that, a backstudio picture is concerned with shaping perceptions of how the film industry works, with masking how its product depends upon an industrial labor force, including stardom, and with determining how that work's value accrues from the Hollywood brand stamped onto the product. Cohan supports his well theorized and well researched claims with nuanced discussions of over fifty backstudios, some canonical and well-known, and others obscure and rarely seen. Covering the hundred-year timespan of feature length film production, Hollywood by Hollywood offers an illuminating perspective for considering anew the history of American movies.