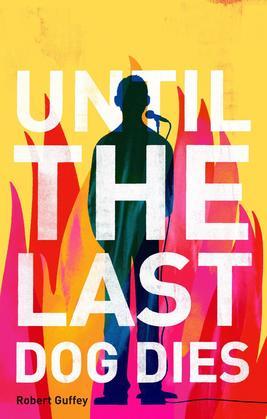 Until the Last Dog Dies

What happens when all humor is wiped off the face of the Earth? Around the world, an unusual viral plague is striking the population. The virus attacks only one particular section of the brain. It isn’t fatal, but it results in the victim’s sense of humor being obliterated. No one is immune. Elliot Greeley, a young stand-up comedian starving his way through alternative comedy clubs in Los Angeles, isn’t even certain the virus is real at first. But as the pandemic begins to eat away at the very heart of civilization itself, the virus affects Elliot and his close knit group of comedian friends in increasingly personal ways. What would you consider the end of the world? Until the Last Dog Dies is a sharp, cutting satire, both a clever twist on apocalyptic fiction and a poignant look at the things that make us human.