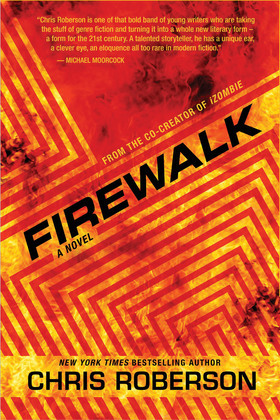 Izzie Lefevre was the newest investigator for the FBI’s Behavioral Analysis Unit when she first came to Recondito, a coastal city that’s been shrouded in mystery and legend for centuries. Local law enforcement had requested the Bureau’s assistance in hunting a sword-wielding serial killer who’d left a dozen mutilated bodies in his wake. Patrick Tevake was a local homicide detective assigned to the taskforce, and together he and Izzie managed to track down and stop the killer before he claimed another victim.

Five years later, Izzie and Patrick remain haunted by what the killer said before he fell in a hail of gunfire. Izzie’s ancestors were “mambos,” voodoo priestesses who claimed to communicate with the dead and protect the faithful from evil spirits. Patrick’s Polynesian great uncle told stories of Recondito’s supernatural menaces that lurk in flame and shadow. The killer’s last words have brought up a past both Izzie and Patrick thought they’d long since left behind, and neither has been able to shake the feeling that their case was never completely solved.

So when Patrick, now working with the vice squad to investigate a dangerous new street drug, discovers a connection between the street drug and the serial killer’s victims, he realizes that their instincts were right: the threat is far from over. Reunited again, he and Izzie will discover that Recondito is a city of dark secrets, and their own pasts may be the key to unlocking them.