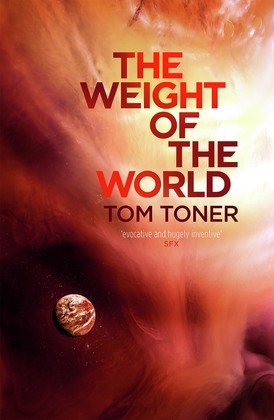 The Weight of the World

It is the 147th century; the turning of the Amaranthine new year.

In the provinces of the Old World, the giant Elatine's war of liberation has come to an impasse, leaving the wicked monarchy of the First in possession of the throne.

In the Vaulted Lands of the Firmament, acolytes have risen up to execute their immortal masters. The opportunistic races of the Prism, intoxicated with greed, have arrived inside every Solar Satrapy to scavenge what’s left.

In the wild Investiture, on a forgotten water moon, a crew of shipwrecked Privateers come face to face with their greatest terror, and with it the most valuable treasure in all the galaxy.

Jatropha, legendary Immortal, must escort his precious charge through the exotic Westerly Provinces, knowing all the world would steal her if they could.

Sotiris, his mind fading fast, must set out to find his dear, drowned sister in a land previously unglimpsed by anyone but the dead.

Lycaste, now far from home, must journey in strange company to the edge of a tempestuous sea, to the lair of someone so dangerous that even the legendary Amaranthine fear his name.