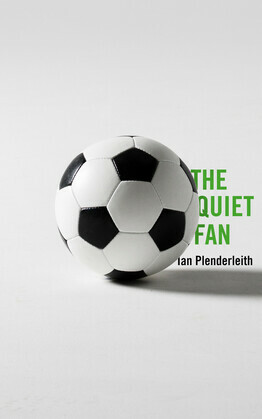 Who is the Quiet Fan? It’s you, me and almost everyone who follows football. But for years we’ve been marginalised by the hooligans, the fanatics, the obsessives and the angry. Only the ‘passionate’, it seems, can say that they love their clubs and love the game. This quiet fan is finally speaking up and saying: it’s time to reclaim the middle ground. In a memoir recounting the combined folly and delights of supporting Lincoln City, Scotland and Rangers (it’s complicated), Ian Plenderleith speaks up for the fans you never notice - the quiet ones sitting (or standing) among the howlers, the shouters and the fist-shakers. From a grim and foul-mouthed fourth division encounter in early 1970s Lincolnshire through to a star-studded orgy of fireworks and excess in 21st century New York, he examines the role of football as a reassuring, ever-present background to life's thrills, pains and fluctuations. In a pacy, wit-driven mixture of observation, anecdotes and analysis, this book looks anew at the way we watch and relate to football. How it can be a fundamental part of our lives, but without completely blanketing some other important issues like love, death, divorce and the Birmingham post-punk indie scene. How football is, of course, so much more than a game, but perhaps just slightly less than the universe. Ever since Fever Pitch and the wave of hard man football literature 20 years ago, we’ve been told that the only way to express our love for football is through extreme, absurd, violent or negative emotions. The Quiet Fan sees things differently. Magnificent, frustrating, invigorating football is our game too.